Not my business | Aivars Lipenitis

Or it makes you sick thinking of any, and you would love to have the old European Union, old Hong Kong, Ukraine’s Crimea, hot summers and cold winters with freezing Arctics, or life with no plastic bags back. Which is not possible.

So what to do?

Here are some cases.

When looking at Brexit, the United Kingdom’s misery, we can see politicians fighting with each other in the UK to try to maintain UK within EU, and those promising and trying to get UK out of it ASAP, no matter how.

And then there are EU politicians willing to close the case ASAP or willing to show the EU’s strength and let THEM sort this (the UK).

And here is each EU country, thinking of how to benefit from Brexit, by developing marketing campaigns to attract overseas companies, students, and investors. And same countries thinking of how to maintain export to the UK, how to take care or show they care of their nationals residing in the UK. And how to beat OTHER EU countries — their rivals in this case.

You won’t spend a night in the UK not talking about Brexit. Same at a glass of wine or beer in any other EU country. They main opinion is either whatever, or THEY should sort this!

The thing is, this is one of the destructive processes happening in the world, and it is ON for a while. The people in the UK, with or without clear understanding of what it means and takes have voted their country to leave EU, and it is happening.

What we all really can do? And why should we?

First, Brexit shook the whole EU. UK was one of the first countries to join EU, one of the biggest participating countries, contributors, and beneficiaries of EU. With the UK leaving EU, there have been so many rumors, talks, and publications about EU becoming weak, being endangered, and more. We should care.

Taking control back. Yes, UK should become more independent in making decisions about immigration, taxes, import-export, etc. But there is EU, its biggest import-export partner, with millions of UK’s people living in other EU countries, having business in UK and other EU countries, and vice-a-versa. So, thinking reasonably, it is too late to bring something BACK. There is no past as it has passed, there is only future.

Too much money spent. Yes, UK contributes to EU, same as any other EU participant. And it takes its contribution back in a different form. There are funds managed and grants created, both centrally in EU and separately in each country, which are available for infrastructure, science, education, mobility, force majeure situations, fighting illnesses, and much more. Erasmus students flow from and to UK thanks to EU, regions develop in UK with EU funding, businesses and individuals apply for different cross-border programs to develop themselves or their companies, and even health care is provided to UK citizens in the same ways as to let’s say Germans if a need appears to a UK citizen visiting Germany, with EU Health card.

Taxes. Each EU country same as other countries in the world are now competing globally. Each has its own will and opportunity to form the most attractive taxation system. The systems are linked globally, and they are more linked within EU, to prevent double taxation. By leaving EU, UK will lose this opportunity, if not setting up an agreement concerning taxation. I.e. same agreement each EU participating country has now when joining EU.

Too many immigrants who take jobs and money in UK. There are always jobs which are more or less demanded by local people, especially in wealthy countries. There are also jobs which demand specific knowledge and skills. By latest surveys, 1 out of 3 UK citizens do not go to university.

Could go on, but let’s

What we can do?

Let’s start with not thinking of the happening as something unrelated to us. The whole world is related, linked in one body, especially now thanks to the globalization. If A feeds B and C is a friend of D, then E talks to F and G is rich thanks to A-F. And vice-a-versa. What it means is that we are connected more than ever, and we should care about anything happening in this world, because it affects us directly, now or later.

A huge contributor to the global trade, one of the gates between Western and Eastern economies, a beautiful land with educated, often wealthy and open-minded people. Many Europeans, Americans, Africans, and Asians live in Hong-Kong, same as Chinese. Goods are often shipped through Hong-Kong and prices of many consumer goods and home appliances are often secured thanks to Hong-Kong being the global economy player it still is to date.

So if you think you don’t care, think again, if you want to spend more on same goods, fly more expensive to some Asian country, sell less to China, get less investment due to investors losing money, and the list can go on. Even without mentioning someone’s life being teared apart, which you might not care about.

Or pollution itself. While EU and many other countries of the world have joined their forces in eliminating greenhouse effect and air pollution (think of low emission zones, limitations to vehicle engine, green energy targets, etc.), there are countries like Russia, U.S., and other influential nations unwilling to change their habits.

8 million tons of plastic waste end up in oceans each year. Much more buried in our land. We swim, eat, breath plastic. We consume it. If my neighbor does not recycle why should I. If there are millions of plastic cups covering territory of a festival why should I refill on a daily basis?

Luckily, there are zero-waste music festivals appearing, not using any plastic cups or cans, or older festivals transforming and encouraging attendees to think of environment by let’s say collect plastic cups thrown on the ground (10 cups = free beer), Rock Werchter in Belgium, founded in 1976 to mention one.

There are also countries and people recycling daily, with or without being rewarded, being paid or paying for recycling.

There are firms creating alternatives to plastic packaging or goods. You no longer need to buy plastic drinking straws as there are natural alternatives. There are municipalities coming up with ideas on how to use pre-produced plastic waste, like Estonia making roads from it.

There are people going to supermarket (or market) with their own bag, or not using one at all. There are cashiers not trying to wrap up each vegetable taken to checkout without a plastic bag. And there are people caring about it, being young or old.

So what you can do?

Depending on where you are now and what impact you can make, start with reshaping your mind and attitude.

First, have your position at all.

It sometimes takes just a person to start, to take off. Read about these incredibly inspiring women who were the first, the brave ones https://www.buzzfeed.com/gabrielsanchez/the-women-who-changed-the-world

Remember, the past has passed, the future has not yet come. It takes a person, an idea, and an act to form the future. It depends on us all whether today’s happenings are destructive processes or changes for good.

Wishing you best of luck with reshaping your attitude. We need that.

*”Let them eat cake” a translation of the French phrase “Qu’ils mangent de la brioche”, supposedly spoken by Queen Marie Antoinette upon learning that the peasants had no bread. The quotation would reflect the princess’s disregard for the peasants, or her poor understanding of their situation. The phrase is commonly attributed to the Queen, there is no prove of her having said it. 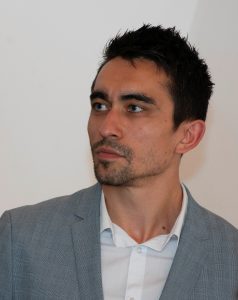